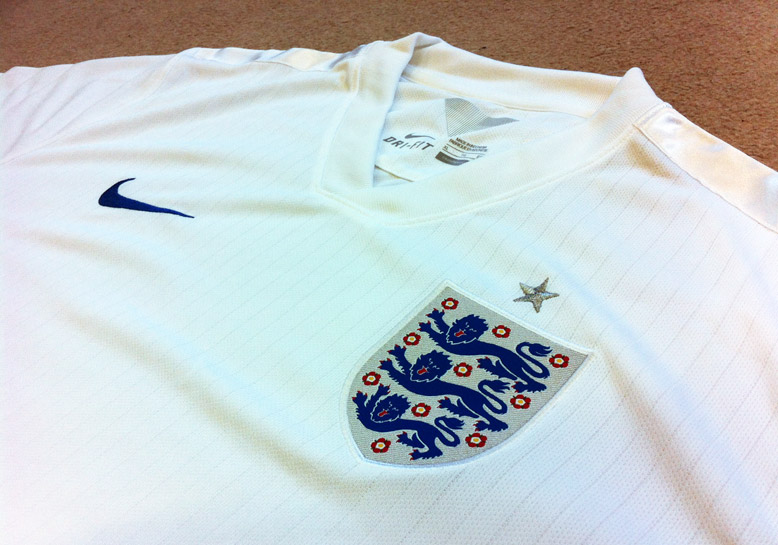 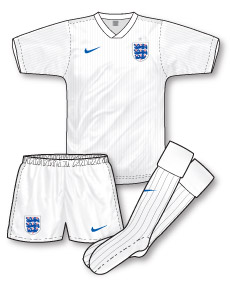 This design is Nike’s first REAL England kit, the previous one acting as sort of a stop gap following the end of the FA’s deal with Umbro. I actually met up with the Nike design team some months ago now to discuss how the new shirt would look so I had a little more interest than usual in this new strip. 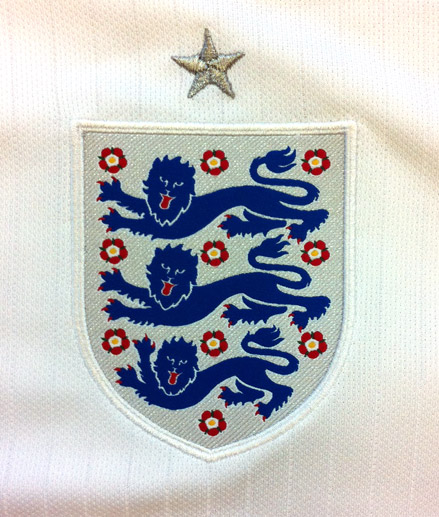 Unveiled stylishly and simply, the new strip reflects the launch. On first glance I found it a little underwhelming but, like many good kits its a slow burner and its elegance and sophistication grows on you. Constructed from a simple pure white Dri-Fit fabric (thats softer than previous and incredibly comfortable) that is, in true Nike style, environmentally friendly. Any embellishments on the jersey are subtle (perhaps too subtle?) and consist mainly of gorgeous silver satin strips on each shoulder and a fine tonal pinstripe. The England badge looks superb, the outline has been removed, giving the crest a more refined look and makes it less ‘slab-like’ than previous England crests. Plus it includes a satin sheen that brightens under UV light.

Another key feature is the swish wrapover V-neck, that ends ‘flat’ without an apex in a design that’s reiminiscent of early 90s outfits. Opinion seems to be divided about the neck, but I think it looks wonderful.

The shirt fit is snug though very flattering (even on a more ‘well-nourished’ chap such as myself) although given that one source of inspiration is the the white crew-neck airtex jersey Bobby Moore and his compatriots wore in the last Brazilian World Cup in 1970 it might have been interesting to resurrect and replicate the shorter sleeves of that particular shirt. In line with the 1970 strip, the shirt is paired with slim-fitting white shorts and socks. Personally I’m not overly keen on the single colour kits that have appeared in recent years but contary to popular belief this isn’t the result of a FIFA directive. True it may be influenced by the organisation’s preference for single colour outfits (especially for the benefit of TV viewers) but it is primarily a stylistic trend. 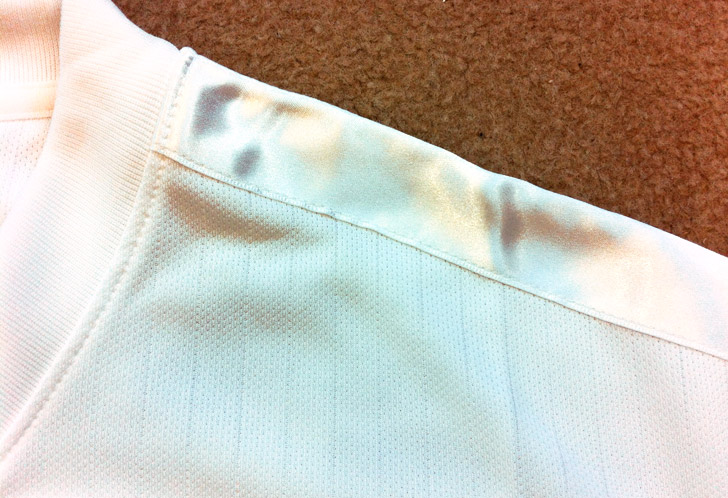 The more you see the shirt, the better it gets. On the pitch its simplicity will allow shirt numbers and sleeve patches to be added without contributing to visual clutter and off the pitch the little elegant touches will appeal to the replica wearing supporter. 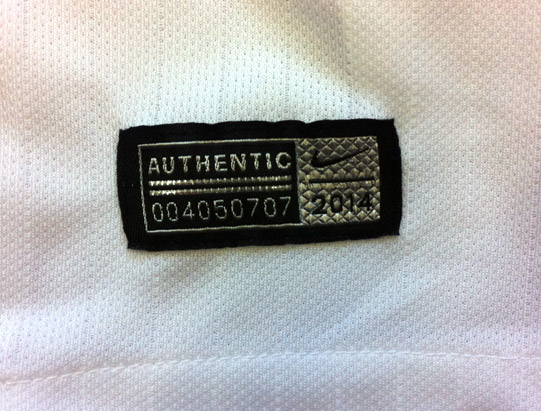 Plus, if you’re a collector and want the top of the range player-spec version you can buy the authentic edition. Don’t be decieved by the frothing of the mouth of the media hyperbole, the replica versions are at normal replica prices.